From the Yevgeniy’s introductory essay:

Barricade: A Journal of Antifascism & Translation

Barricade: A Journal of Antifascism & Translation is a new, biannual print and open-access periodical dedicated to publishing translations of linguistically and temporally diverse works of antifascist and antiauthoritarian literature, including but not limited to short stories, poetry, theater, nonfiction, philosophical/theoretical writing, and excerpts of longer works.

Reported Speech, a bi-lingual edition of Pavel Arseniev’s (Saint Petersburg) poetry with an introduction by Kevin M.F. Platt (University of Pennsylvania) will be released this fall and is now available for pre-order.

Not A Word About Politics!

NOT A WORD ABOUT POLITICS!
by Roman Osminkin
5” x 7” perfect bound book
280 pages

(Pay What You Will Donation… Donations are highly appreciated to undercut the cost of the print run which was entirely subsidized in-house. To purchase enter chosen price, including 0, and follow the payment prompts.  For digital: a direct download link to a digital edition of the publication will be sent to the email you provide and linked on the transaction page. For print: we ask that you pay to cover shipping costs.)

The Gallows Are Busy

Barbarian in the Greenroom: Politics and Aesthetics in the Age of Surkov

BARBARIAN IN THE GREENROOM: POLITICS AND AESTHETICS IN THE AGE OF SURKOV
6″ x 9″ unbound, dual facing risograph prints

Barbarian in the Green Room is a commission for the former New Haven Artspace exhibition and associated Yale conference “Vertical Reach: Political Protest and the Militant Aesthetic Now.” The publication takes contemporary Eastern Europe and Vladislav Surkov (a former Kremlin adviser frequently credited with turning “politics into a beautiful postmodern theater”) as its lens to map the characteristics of control and resistance in our much lauded, but highly circumspect “post-ideological” landscape. It is structured in the form of a lexicon, or lexical bestiary, with front facing prints that spell out the concepts, & accompanying writing on the reverse. Some of the concepts included are: Dazzle Camouflage, Nonlinear Warfare, Velvet Terror, Resolution, etc…

With a small print overrun remaining from the exhibition, Cicada is making the rest available here. 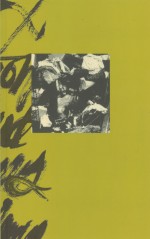 ‘Too successfully policed & so I have disappeared to we.  Given a title & so we have taken them all.  Us having tunneled with the shovel of I in guerrilla action. Across the bow!’

A book of editions, a series of prints, intended to be rasterized into one massive image, with an accompanying guide for its construction.  This book accompanied Gallows’ contributor et al.’s installation of the Haunted House itself in Frankfurt.

“On three nights, from the 28th to the 30th of October the artist group et al.* presented the Haunted House in Frankfurt am Main. There were a little over 60 artists and crew involved. The range of skill went from lighting design to costume design to make-up and carpentry. Eighteen artists performing in 20 rooms that guests to the house walked through. Additionally each night there were invited performers: Vaginal Davis (Berlin), Jean-Louis Costes(Paris), Bradley Eros(New York) who performed on a constructed stage in the “chapel” of the house. They would mark the opening of the evening and were themed accordingly.