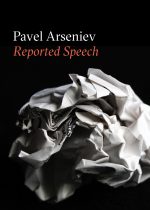 Reported Speech, a bi-lingual edition of Pavel Arseniev’s (Saint Petersburg) poetry with an introduction by Kevin M.F. Platt (University of Pennsylvania) will be released this fall and is now available for pre-order.