Some kind words from artist and writer Jarrett Earnest on Cicada, the release of The Gallows Are Busy, and Matthew Whitley’s poetry up on SFAQ.

“Last saturday I went to a book launch for the new press Cicada, a collaborative project between Anastasiya Osipova and Matthew Whitley. Their politics is lived poetics; inhabiting a romanticized insurgence in our “contemporary” Post-68, Post-Occupy moment—a poetry of “distraction” as a tactic. Their collection “The Gallows are Busy” brings together interviews with the artist’s collectives “et. al.” and The Anti-Banality Union, translated Russian text by Leonid Lipavsky, and a scholarly article on “la Movida” popular youth movement by Louie Dean Valencia-Garcia. Artists Bradly Eros, Steward Uoo, Chris Maggio contribute and images and poems. It is a beautiful publication that connects certain strands of the inchoate political aspirations of its milleu, giving it the kind of shape that will be invaluable for future artists and writers.

The only engagement with “aesthetics” comes from Whitley’s own poetry, a volume of which Cicada has also thankfully brought out. “Pinocchio Gone Limp” his first book, is separated into six sections each authored by a different pseudonymous persona complete with signature. Whether attributed to Henry Box, Peter Heard, Liam Happens or Raoul Patron, the poems continuously feel new, filled with fresh imagery, even as Whitley ridicules and undermines “authorship”. (At the front he includes a full set of his finger prints, signature, birth date and real social security number, signaling his interrogation of “identity” throughout the book is more than cheap ventriloquism.) There are no regular rhythms, and as soon as you begin to anticipate the next word, it changes, drops someplace you’d never expect. Whitley’s poet is a cat-burglar, stealing things from your bedroom you never missed until he shows it to you again, slightly transformed by Vaseline and theatre lighting.”

Read the entirety of the text here: 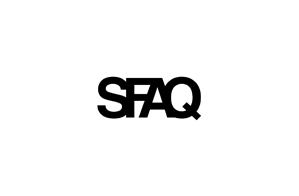